Various historians have drawn similarities between the recent outbreak of COVID-19 and earlier events in world history. Among the most prominent comparisons is the influenza that followed on the heels of the First World War. The “Spanish Flu,” as it was known, killed tens of millions of people around the world, including approximately 50,000 Canadians. This post briefly surveys the United Baptist Convention of the Maritime Provinces’ Year Books in search of their response to the crisis. 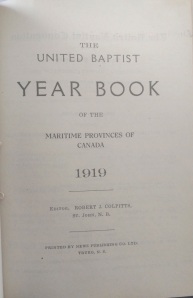 The virus spread across Canada in late-1918, as soldiers returned from Europe. In an effort to slow its spread, in Fall 1918, the governments of New Brunswick and Nova Scotia ordered the closure of all public spaces, while the government of Prince Edward Island totally quarantined the island (the mortality rates were much lower in the Maritime Provinces, due in part to these early restrictive measures).1 In New Brunswick, this order came on 11 October 1918—only eight days ahead of the United Baptists’ planned annual gathering in Woodstock, New Brunswick. “An epidemic having caused the churches of New Brunswick to be closed by government order, the Convention was of necessity called off,” the United Baptists reported, “It was hoped that a special session of Convention might be called on a later date . . . But the continued prevalence of the Influenza made this impossible.” In place of a larger gathering, they decided to call a “Skeleton Convention,” made up of only key leadership members, who met in Amherst, Nova Scotia on 19 November 1918 for the purposes of approving essential matters.2

As might be expected, these closures interrupted various ministries as well. Various committees reported to the convention body that “[t]he epidemic of influenza very seriously interfered with their work.”3 Indeed, it forced most to scale-back their work and for many it meant “[t]he work in some communities was completely abandoned.”4

The loss of various ministries was not the most grievous outcome, however. In the 1919 annual report, the Obituaries Committee reflected soberly: “The noteworthy and exceedingly sad feature of the Convention obituary report for the past year is the number of our ministers who have been victims of the Influenza epidemic.” They added: “Who can estimate the loss to the denomination resulting from the seemingly untimely removal of these strong young men and how are their places to be filled?”5 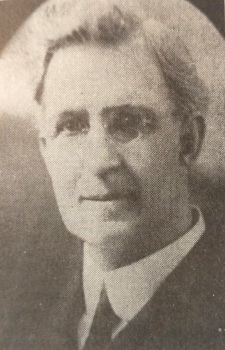 Photo from “History of the United Baptist Church of Woodstock, New Brunswick,” p. 15

Among those who died was the Rev. Joseph E. Wilson (1873–1918) of Woodstock, New Brunswick, whom the Year Book wrote “was one of the first victims of the influenza” and had “contracted the disease while visiting among his afflicted people.”6 At the time of his death, Wilson served as the chair of the Board of Home Missions for New Brunswick. His surviving co-workers eulogized him by writing:

He gave liberally of his time and energy to the prosecution and extension of this work. He was removed at a time when he seemed to be rising to the highest point of influence and power as a Minister of the Gospel and member of the Board. His death was one of the greatest losses we have sustained as a denomination for many years, but as the worker and the work are both of the Lord, we can with great confidence, believe that while the brother’s voice will no longer be heard among us pleading in behalf of what he so frequently called “the weaker interests,” the influence of such a fine, consecrated life will continue to be felt in the days to come.7

The Year Book recorded a number of other such losses, including licentiate A. R. Morgan (1886–1918) of Port la Tour, Nova Scotia, whose last words were recorded as: “My eyes shall behold the King in His Glory.”8

While the influenza had cost much in each of the communities and had frustrated many ministry efforts, it also appears to have inspired greater commitment to a few causes. The Canadian Baptist Foreign Mission Board, for example, looked for ways to serve their fields in this time of crisis. As they looked to India, they wrote that influenza and an accompanying famine meant “the need has been and still is very great.”9 In one region in India, one Baptist medical missionary recorded that she “bore the strain of giving medical aid to the multitudes of sick who thronged the hospital to capacity, and to thirty-four others who are accommodated in her sitting-room and verandah.” The report continued: “The pestilence prevented the evangelistic campaign which had been planned, but, as a recompense, created an unusual intimacy with the people that will mean much for the spread of the gospel in that days that are to come.”10

By 1920, the virus had run its course, as many developed an immunity. In total, it caused more deaths than the war it followed.

This brief investigation is, of course, only a surface-level survey of the United Baptist experience during the influenza. There are many other sources to probe and more stories to tell. For example, what of the various churches—such as First Baptist in Moncton, New Brunswick—that were converted into hospitals during this crisis?11 What I hope this post does, however, is provide some historical perspective for our current crisis. It highlights several themes that reverberate clearly into our current day. Just as the Baptists of yesterday, many lament the loss of events and public spaces, and others wonder how their ministries or activities will fare, while still others face the question of mortality. Finally, those who are discouraged may take limited solace by looking backwards in time, as we are reminded that “this, too, shall pass.”

Taylor Murray is Assistant Producer of Distributed Learning at Tyndale University and a doctoral student at McMaster Divinity College. He holds an MA in Christian History from Acadia Divinity College, Acadia University. He is a Member at Large with the Canadian Baptist Historical Society.

3 thoughts on “The United Baptist Convention of the Maritime Provinces and the “Spanish Influenza,” 1918–1920” 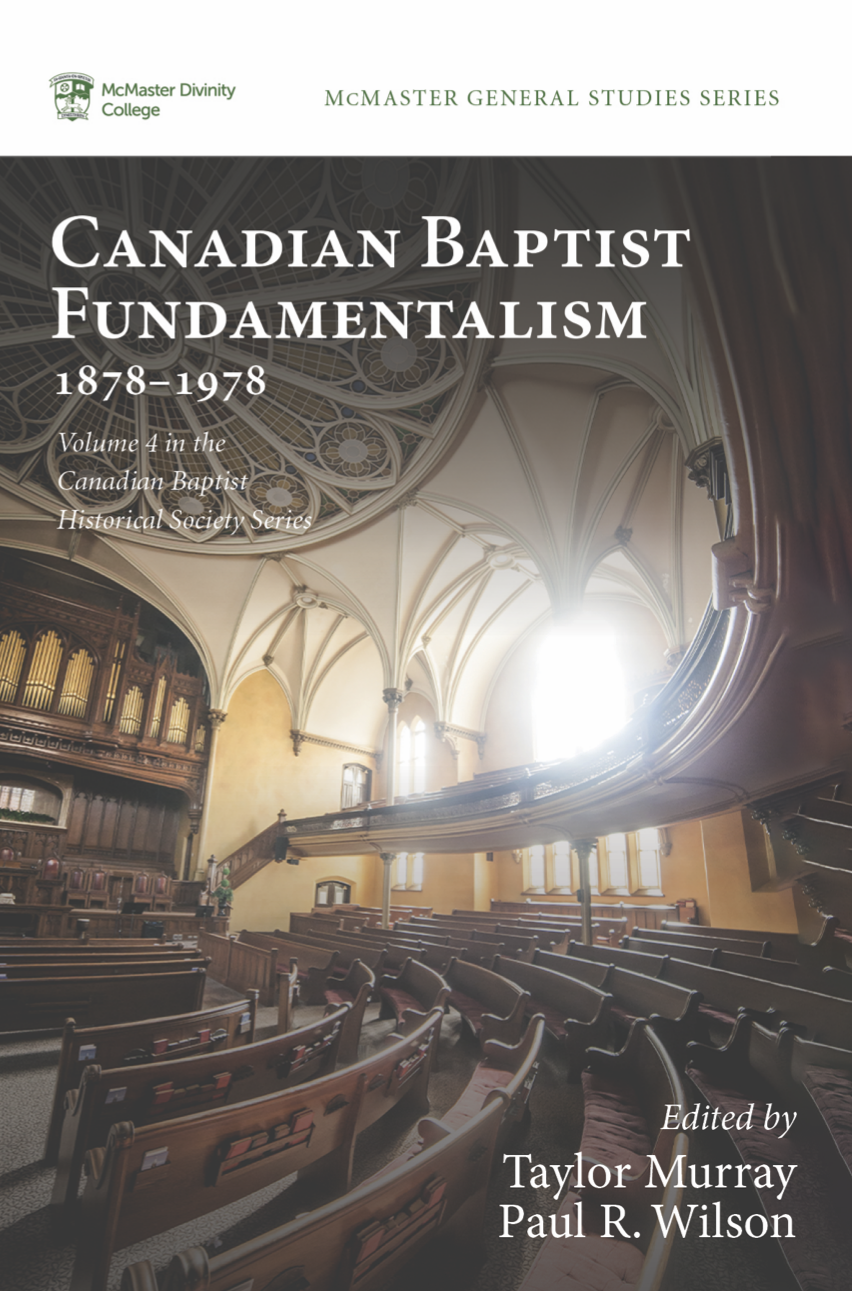